When it comes to Bang and Olufsen branding, one thing has always been clear – the company lives for design, innovation, and function.

THIS POST CONTAINS AFFILIATE ADVERTISING
THIS HELPS KEEP THIS SITE RUNNING. THANK YOU.

a COMPANY PROFILE of BANG & OLUFSEN

As an avid consumer of beautifully designed objects, often I go through many stages in my decision making process of whether or not I want to bring an article into my home.

Diving a bit deeper into my knowledge of the Bang & Olufsen  brand and heritage. I can say that I have been won over…

When it comes to Bang and Olufsen branding, one thing has always been clear – the company lives for design, innovation, and function. When building their brand, the company knew that they needed to showcase their unique values and purpose in everything they do, which is why every aspect of the B&O identity continues to be so iconic today.

Just look at the unmistakable design of the Bang and Olufsen logo for instance. The sans-serif font gives this almost century-old brand a modern feel, while the grey colour evokes thoughts of luxury, sophistication, and innovation. One particularly effective element in the design is the way the characters are situated. The “B” seems almost upside down, which indicates that this company has turned the audio world around, while the overall “neat” composition of the logo show’s the brand’s devotion to domesticated aesthetics.

“With the A9 I wanted to make a timeless classic something which is beautiful from all angles in all times. A9 was inspired by sound and by music. The shape is a circle and the reason why choose a circle is because the sound travels in circles. The A9 is made out of very few elements which are used as much as possible and crafted in the best materials; high quality wood high quality plastics high quality aluminium and a very good fabric.” CONNECTING genuinely with your CUSTOMER

One thing I really enjoy about Bang & Olufsen as a brand is their inclusion of  the non-heteronormative dialogue that has finally been gaining positive momentum in mainstream culture. They are sharing the stories of real life people in very matter of fact way. I love how effortless and genuine their thinking is; there isn’t a big to-do about it, it’s just natural.

Bang & Olufsen approach their marketing in a fresh, modern way of thinking. They bring a common, everyday tone that doesn’t boast anything they aren’t already known for. They also don’t ‘pride’ themselves too much.

Other major brands and retailers should take note and adopt a similar strategy. Instead of hopping on the gay pride bandwagon (as so many brands have done this year) by slapping on a rainbow on a product or just using its colors for convenient placement.

I suspect the current fad and trying to cash in on the hype will only last the month of June. Only acknowledging a specific community for one month out of the year is just a bit condescending to me. We are not just a holiday, we are everyday.

Bang & Olufsen have, whether intentional or not (but my guess it was intentional), have charmingly evoked what might not be a normal lifestyle for most, but is normal for a fair amount of the population.

My only criticism would be to include more people of color. Though being a brand from Denmark, I can only assume this is most likely the reasoning for not doing so.

Carolyne and Laura, an international creative couple currently living in New York. They open up their beautiful home, rich in character, with B&O. 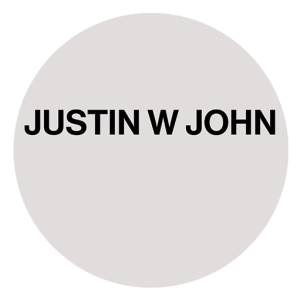